A long term vision for a lasting community

The following is a collection of questions I have received from the public and my responses to them.  If you would like to add any questions to the FAQ "Frequently Asked Questions" please let me know.

Probably the most frequent question I have encountered is the following:

A:  I don't disagree that the aesthetics of the buildings going in are certainly disagreeable, if not often in bad taste, but there are far more profound problems with the development model that we have.  David Suzuki correctly pointed out that we cannot build or develop our way out of the current ecological crisis that we are in.  Many in the development community and their lobby would like to frame it otherwise and that is what PR is often used for, to convince you that that is the case; that we can have more construction and still solve our ecological problems.  I disagree with that profoundly.  We can't have cake and eat it too.

We as humans need to reduce our footprint in order to protect and regenerate the environment that we have caused so much damage to.  A program of constantly building more and more will only make the situation worse than it already is.

Q: Are you going too much against the grain so to speak?

A: No, I don't think so.  We as a society are headed in a direction that is utterly unsustainable, both to the species around us and ultimately to ourselves in the process.  The situation we are facing is existential, not just for us, but has already been existential to the numerous species that we have driven and are driving to extinction.  Nothing, but a complete shift in our societal design, attitudes, values and actions can attempt to reverse our role in that.

Of course, by offering a platform, that addresses the elephant in the room so to speak, I am intentionally challenging many of the shibboleths, platitudes and myths ('noble' or otherwise) that form the basis of our current societal outlook and to which the public has continuously been saturated with through a constant barrage of reinforcing propaganda, that as a result keeps few from questioning the prevailing model/paradigm; that of irrational unsustainable constant and endless growth.

How could we as a society get it so wrong?  Surely those in charge must know what they are doing and have our long term interests at heart, surely!

Q: Aren't we headed in a positive direction as it is?

"If we de-densify and don't support growth, how does Saanich make money in order to keep up our services?"

The same way they did when it was less dense previously.

"Would our property taxes go way up?"

Our property taxes have been skyrocketing as a result of densification and artificially increased demand.  As a result of these factors the square meter price for property has rapidly increased, as it does in dense places; think New York, Tokyo, Toronto etc.

"Would our services be cut?""

They didn't need to cut them when Saanich was less dense previously.  I have seen this threat used as an excuse for densification (e.g. the Venn diagram on the CBRA billboard in the village), but it is an idle threat.  Who would cut them and why?  The only place I've heard of that happening is in Sicily and guess who cut the services?

"How would businesses cope?  Would they move out of the area due to underwhelming no. of customers?"

"What Indigenous lands are you referring to re: no expansion of construction and settlement?  Most First Nations would be happy to build on their lands if it would mean making money in order to support themselves."

The lands I'm referring to are most of Saanich, which organizations like UVic and the municipality are constantly telling us are unceded and/or traditional lands.  It isn't the indigenous that are building on these lands and they are not profiting from this.

"No amalgamation?  Not sure it wouldn't work.  Too many mayors now and too much red tape.  We need to simplify.  It has worked in Ottawa and in Cambridge.  Think they did it in Toronto?.  Teething problems at first but makes it easier..  Having said that, it would be a nightmare if the lone mayor was from Victoria!  "

That's the whole point.  Having Saanich run from Victoria (the most populous region would be disastrous).  I'd much rather live in Saanich than in Ottawa, or Toronto.  The more local representation the better.

"What's wrong with investors?  I guess you mean speculators?  Local investors who buy houses often rent them to students or families who need the accommodations.  I know of someone who just bought a home in Cadboro Bay as an investment and will rent out to students (at a fair rate).  I think that's good and smart.  I just don't like foreign investors who buy a property and leave it empty."

If people own multiple homes it will drive up the housing prices. That is a simple fact and it will make it so others can't afford a home.  It's the game of musical chairs.  People who own a single home can rent out other parts of their house for students and it will help to support their residence in turn.  As you noted, empty homes due to pure speculation, including through international finance; is doing nothing to benefit society as a whole.  In fact it is harming it and making life unliveable for many.

"Too many rules around trimming and cutting down trees.  Don't need any more restrictions."

Have you noticed how many lots have been clear-cut for people often simply building there to flip the properties and leave?  That isn't community building.  That is community exploitation.  The worst I have ever witnessed in regards to property management is when Saanich Parks wiped out 34 Arbutus trees on a property only to replace them with 34 Siberian Spruces, which are like Christmas trees, as they evolved for the Boreal latitudes. That is obscene.

"It's ridiculous if you have a tree that is growing too close to your house and could potentially damage your foundation or fall on your house....you have to jump through hoops and great expense to have your application to remove it considered. "

Yes, if a tree is growing too close to a house it should be able to be removed.  I believe that is already the case.

It depends what you mean by "Green".  Green at this point has essentially become a brand and a marketing exercise.  Anything is green now, even the things which were considered grossly ungreen previously.

Yes, my platform is decidedly environmental.  That might confuse some as being too green, because what is being passed off these days as green, is often not based on environmental consideration at all.

Take the Green Party's stance on economic growth as central to their recent platforms.  There is nothing remotely green about that, yet they have been unable to escape that mentality.  Often it is difficult to tell the Greens' rhetoric on development from that actually coming from the development community and from the other main parties.

Most of my platform is actually opposite to recent Green Party platforms.  They didn't come up with a platform in the last election.

The provincial Greens, when they held the balance of power in a coalition with the NDP in the B.C. legislature, time and again failed to stand up to the NDP by dropping confidence in their government as they could have done in response to grossly anti-environmental policies from fracking and LNG shipping to the Site C dam and  Old Growth Forestry.

The Greens chose politics over substance and it backfired on them predictably.  The NDP simply broke their agreement with the Greens and called a snap election during the pandemic, thus allowing them to secure a majority, much as the Conservatives under Cameron in the UK did after they had formed a coalition with the Liberal Democrats.

"Capitalism is healthy - gives people motivation to be successful.  Drives the economy..."

The problem with the model of capitalism is that it is based on permanent growth, something that by definition is unsustainable in a finite world.

I'm not saying that business isn't important.  I have a successful small business myself, but I am talking about the model of capitalism, which followed to its ultimate conclusion is ecological suicide.

"People must get off all the social services that make people dependent on government."

Ideally yes, but in order to do that, we have to make it possible for that to happen.  In order to do that we need to address the real underlying issues of rampant inequality, that means addressing the inherent contradictions of our current model, whether it be by fighting rampant inflation, curbing excessive demand and capping speculation on the essential means of life, e.g. housing, so that good housing is once again a pragmatic goal for those in the working class.

"Also need financial planning taught in middle school and up.  Young people need to learn the importance of a good work ethic and making something of themselves....not leaning on government services.  Also they must learn to do without...parents have spoiled them for too long."

Absolutely, although it is worth noting that young people face a situation that is no longer financially realistic when it comes to housing prices.  Even the best financial planning is pointless when it takes several life's savings to purchase a home for those working full time jobs.

"How could the municipality stop the use of Air BNBs on non farmlands?"

This would be accomplished through Bylaw enforcement.  Hefty fines would be levied against those continuing to run Air BNBs on non farmlands.

Are you passionate about keeping Saanich safe, family-friendly and sustainable?
We need community members who share our vision and want to help co-create a long-term path to health, wellness and environmental sustainability.
Donate!Volunteer! 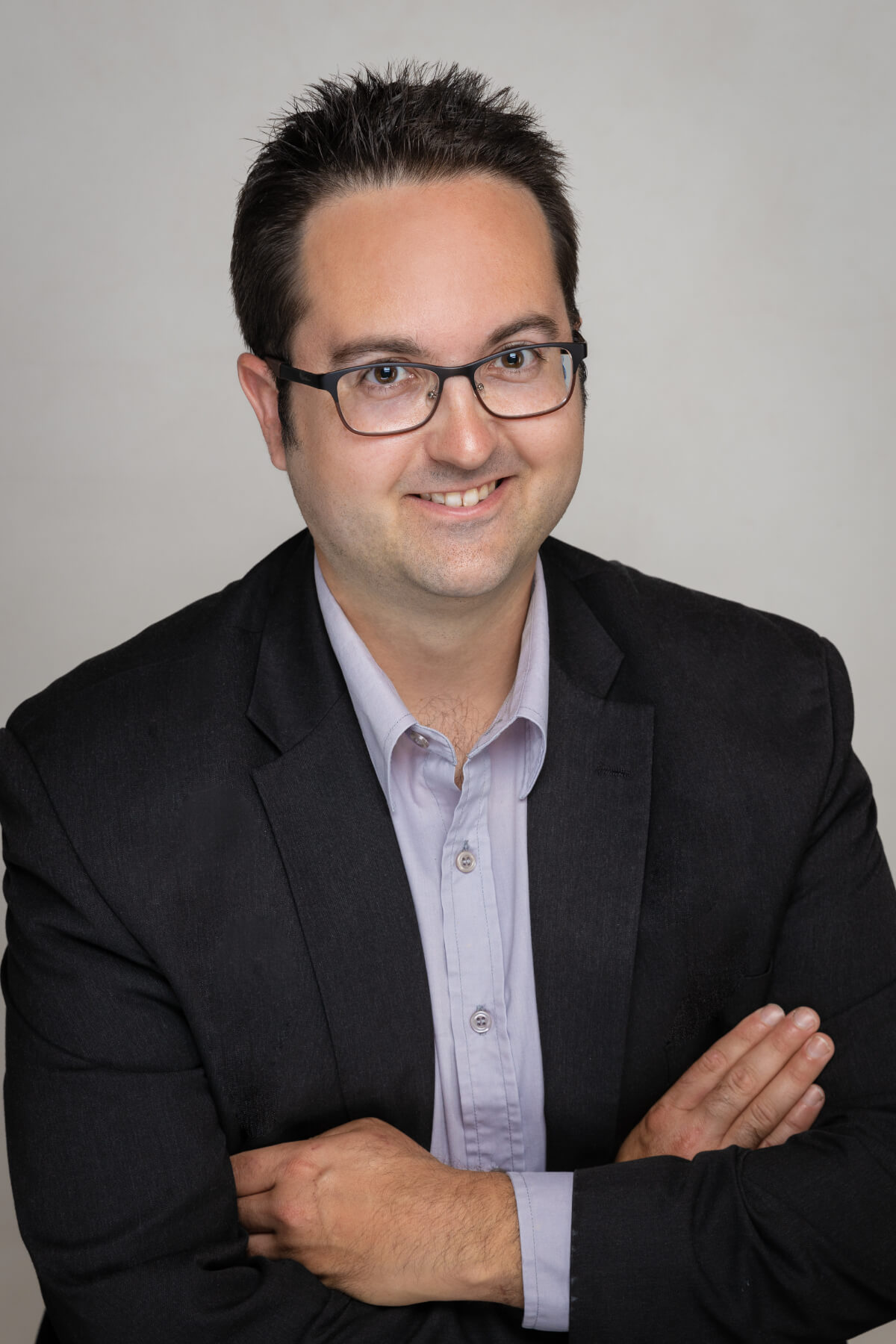